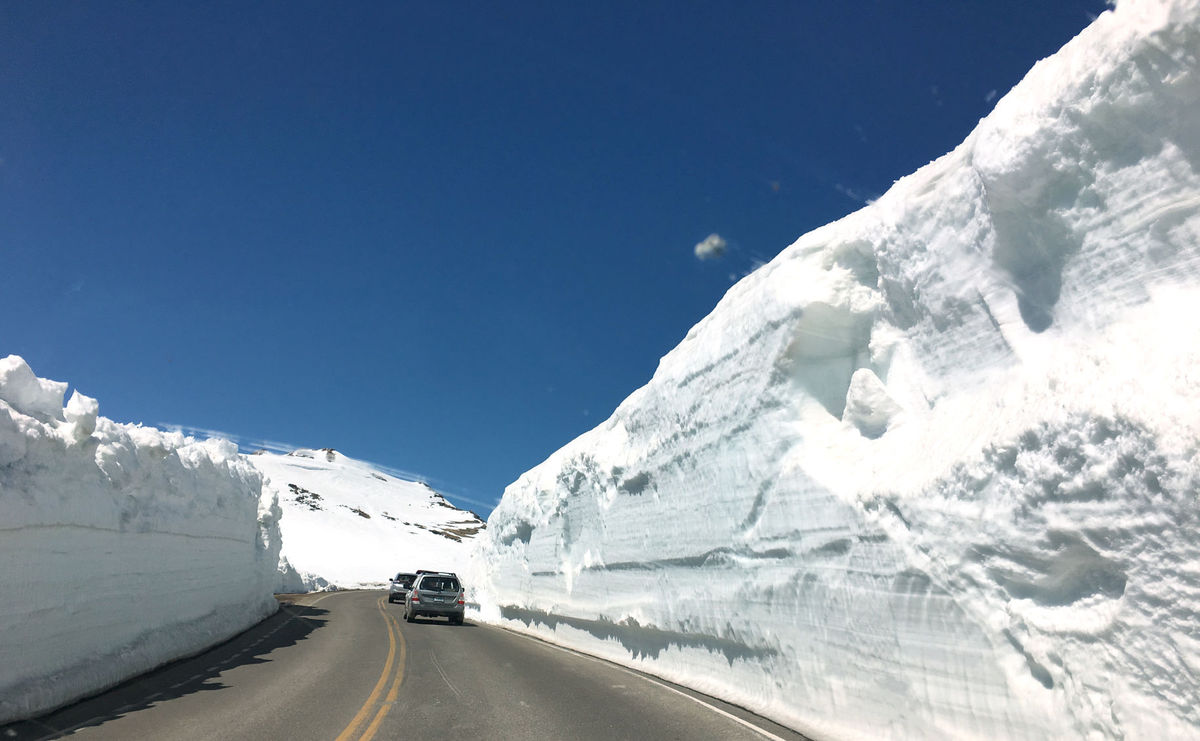 Skiing the Beartooth Pass is a rite of passage for any serious Montana skier. Every Spring and Summer, skiers from all around the state (and further) make their annual pilgrimage to the historic Beartooth Highway, a connecting point for Red Lodge and Yellowstone National Park.

Most days on “The Pass” involve skiing corn at 11,000 ft. in ski pants and a flannel with your face pasted white from all the sunscreen. On rare occasions, however, a little late-season storm means June-pow! Whichever day you end up with, you’re guaranteed a great time hanging with friends on the pass. Follow this guide to enjoy a successful first summer session!

Having said that, the snowpack for 2018 is currently at about 200% of normal. With that in mind, the skiing could be phenomenal all the way until closing time.

People seem to think that just because it’s summertime, you don’t need to worry about avalanches. Unfortunately, you still do. This means beacons, shovels, and probes for everyone in your group, all the time! 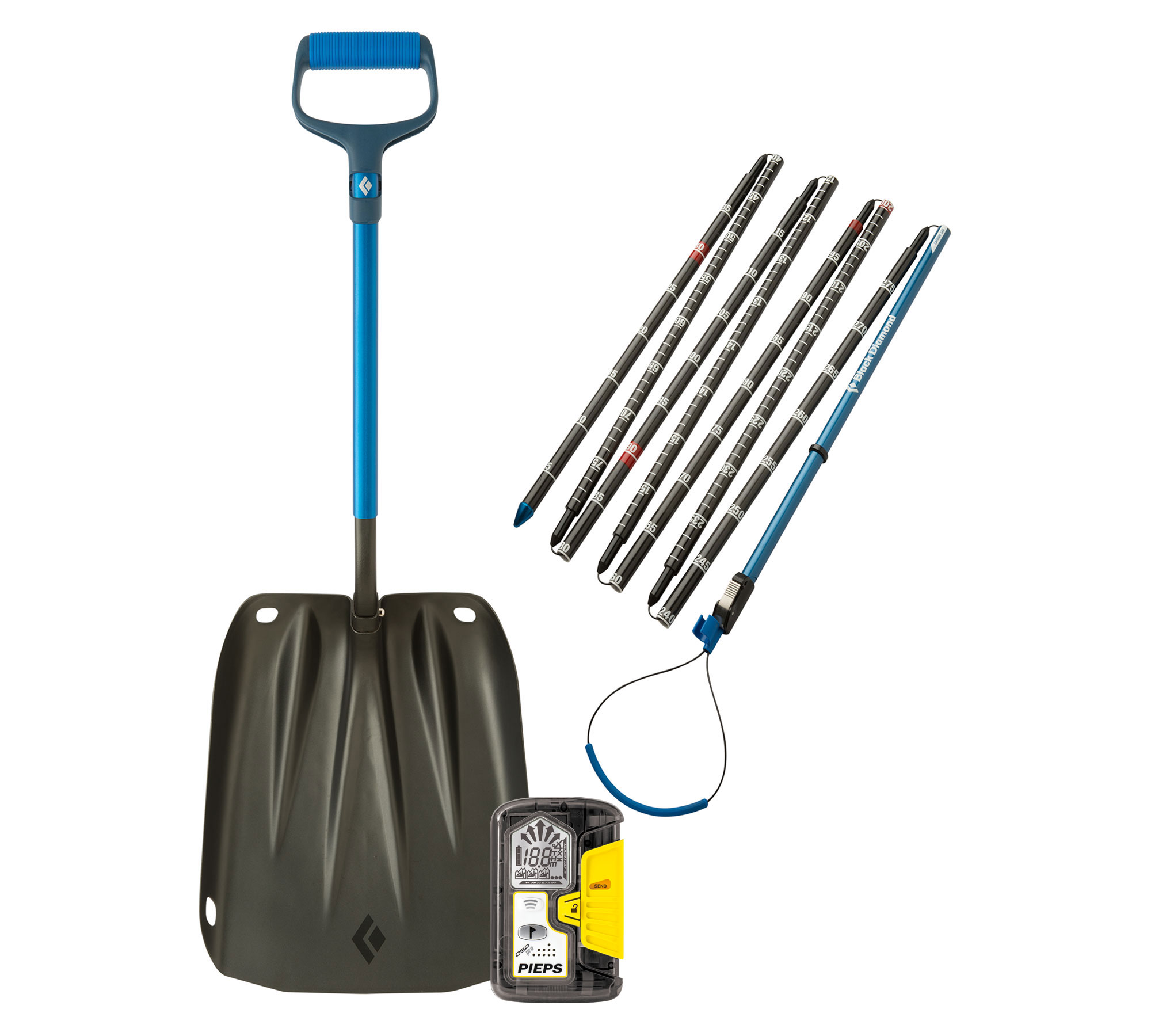 For skis, you can get away with not having a pair of touring-specific skis, but it doesn’t hurt! A lot of people would rather skin out of the Gardiner Headwall than boot out of it. So, for those of you thinking about getting into backcountry skiing, this is a great time to pick up some touring skis! The warm temps make for easier transitions, avy danger is low, and the skiing is a blast!

Still skiing in June? Most likely you’re a dirtbag and this will be your best option! Your dilapidated old Subaru Outback with the Yakima Cargo Box that doesn’t really close will handle this road just fine and it will lead you to the land of free camping! Heads up though, trying to find camping here late on a Friday night can be almost impossible and it might be miles down the road before an open spot presents itself.

*PRO TIP:  Park at least 15 feet off the road to avoid rock spray from the redneck dirt bike gangs.

The Yodeler Motel might be the coolest 2-star hotel in the West! And just 3-blocks from downtown Red Lodge keeps you within stumbling distance of the Snow Creek Saloon. This outdoor-accessed motel gives you the feel of being in a Swiss mountain town without the expense. This is the place to sleep for any upscale dirtbags - or maybe for the dirtbags with their young family in tow.

Most likely you’ve heard of Beartooth Basin Summer Ski Area, the 2-poma lift ski area on the Beartooth Pass. If you’re driving up the pass from Red Lodge, head all the way up to the Montana-Wyoming border and then keep going just a little bit further. The ski area will be on your right hand side, and it will be made obvious from all of the skiers and snowboarders hanging out in the parking lot. Grab a $45 lift ticket for a full day and get to work! The laps are short, but with the poma-lifts it makes it easy to get a lot of laps in!

Lifts will be turning every day possible from May 26th through July 8th! That’s right, what’s more American than skiing on the 4th of July? 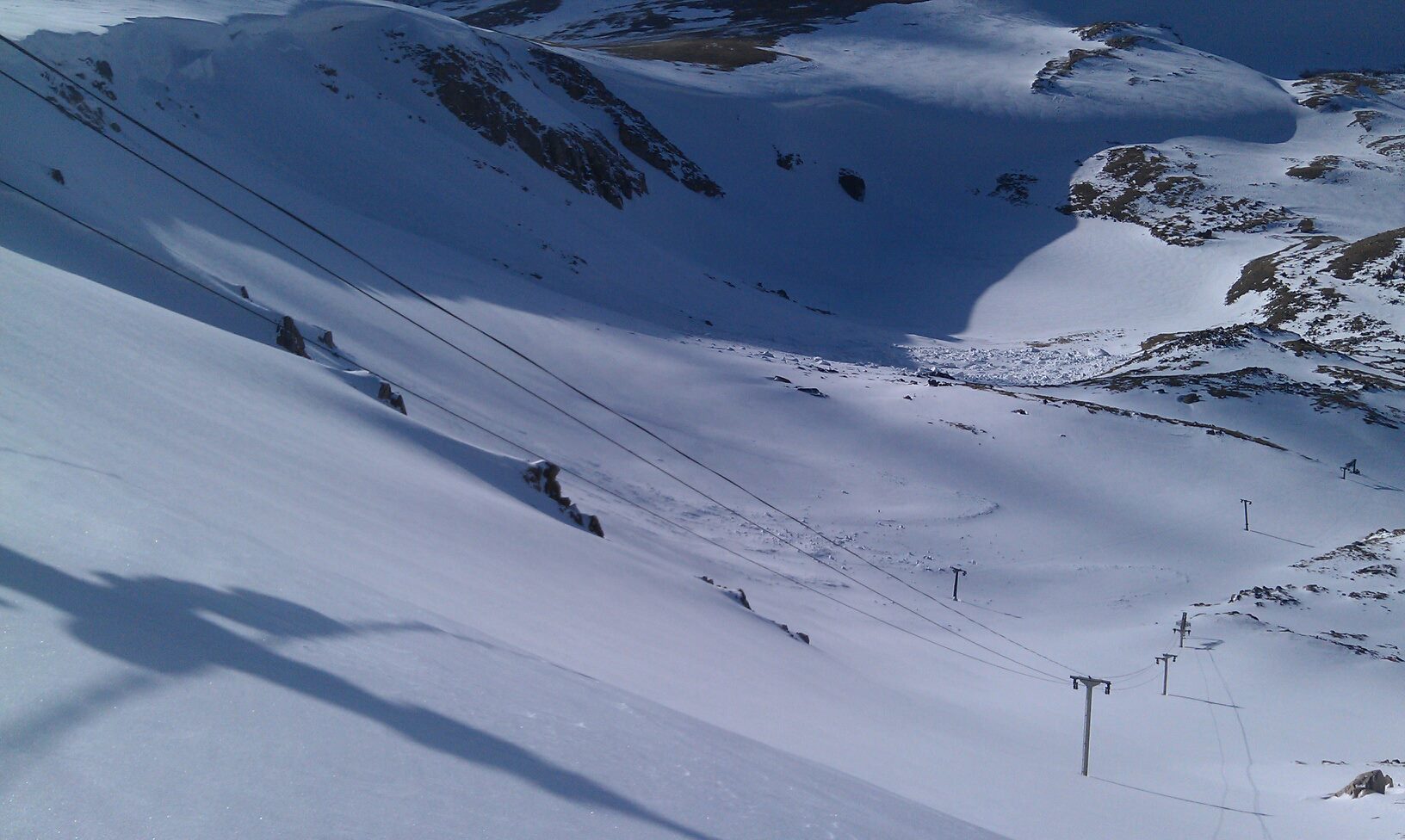 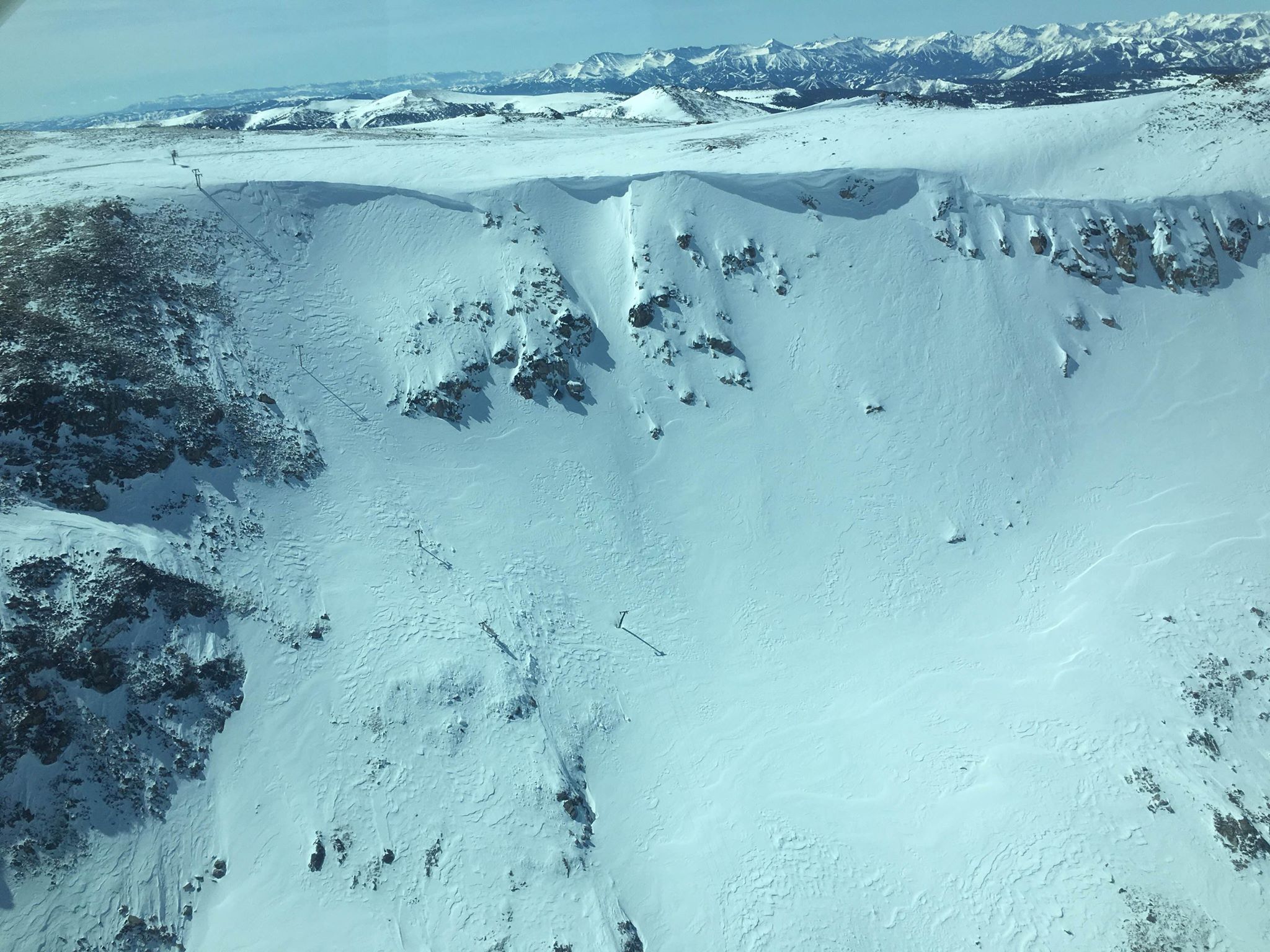 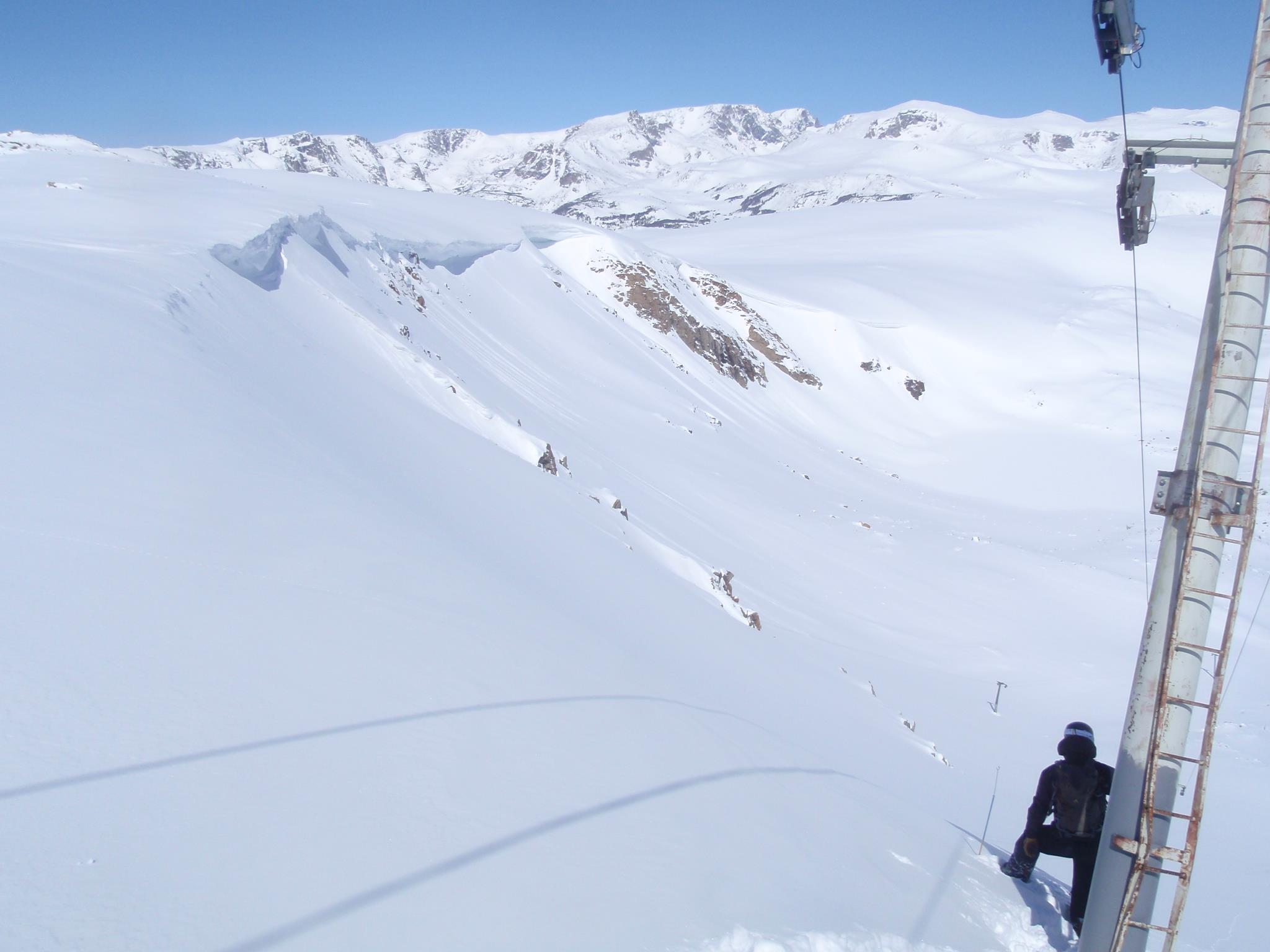 The Rock Creek Headwall (pictured below) provides the ultra-classic skiing that the Beartooth Pass is so famous for. The line far left in the photo provides some of the better turns. The middle line goes, but make sure you are confident on your skis or board.

Park in the parking lot at the base of this zone and thumb a ride to the top! Park back in this parking lot if you are running shuttle for your friends, they will ski right to here.To access the Rock Creek Headwall, you will drive or catch a ride up to the Montana/Wyoming border-line pull out. From here, head across the plateau to the snow! 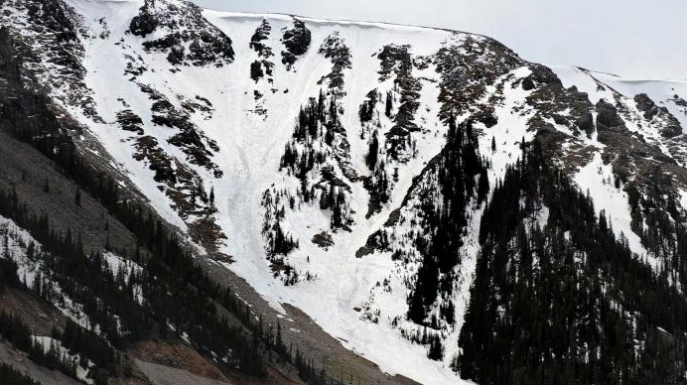 The Gardiner Headwall offers more options and longer lines (lines to ski, not lift lines)! Drive a little bit past the Montana/Wyoming border (if coming from Red Lodge), past the poma lifts, and you will find a big parking lot on your left which will undoubtedly be packed with skiers - park here. From here, it’s a quick hitch hike to the top of the Gardiner Headwall. Ski down into the basin and catch the obvious bootpack back up to the parking lot. Some people also skin out of the basin, so make sure to bring your climbing skins along as well!

The scene in the parking lot for the Gardner Headwall makes it the spot to be. The laps are quicker, the pull-out is bigger, and it’s chock full of other dirtbags to drink beer and talk skiing with. 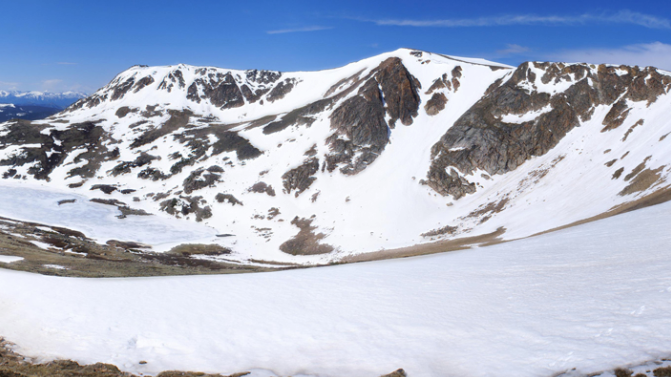 Skiing got ya hungry? The Red Box Car is the first food-spot you hit on your way back into Red Lodge and it’s one of the best too! Cheap burgers, fries, and shakes make for a hearty apres meal! Grab a spot on the patio and enjoy your hard-earned meal with Rock Creek flowing alongside.

As you come into Red Lodge, Mas Taco is on the left when you hit the main drag. You can spot Mas Taco by the little white building, fenced patio, and line out the door. Don’t be scared off by the line though - everything good in life requires you to wait, and Mas Taco is no different. Pair a carne asada burrito with a Pacifico, get some chips (tostadas) and salsa and catch some sun on the patio.

Whether you’ve been a Montana resident your entire life, recently moved to Montana, or live out of state - summertime on the Beartooth Pass is truly a special time. The Beartooth Pass really does encompass all of the greatest parts of skiing - summer skiing with friends, free car camping, and apres-ski burritos and beers.